Center Street’s latest Ohio Senate poll shows Democratic Rep. Tim Ryan in a statistical tie with J.D. Vance for Ohio’s U.S. Senate seat. Ryan has a slight lead over Vance among registered voters, 42% to 40%, with 18% undecided. When undecided voters, also considered “Leans,” are allocated by 2020 Presidential voting, Vance has pulled ahead in preference, 51% to 49%.

Among likely voters, Ryan still leads Vance in both the “without Lean” and “with Lean tallies.”  Likely voters favor Ryan by 5 points, at 47% to 42%, with 13% undecided. With “Lean” voters factored in, Ryan has a 52% to 48% advantage. All the preference figures reflect a significant movement towards Vance, primarily as a function of Republican undecided voters breaking for Vance.

“Ryan’s margin is better for likely voters than registered voters because of greater projected turnout among his base,” said Center Street Chief Analytics Officer Dr. Kurt Jetta. “63% of the registered voters supporting Ryan are projected to be likely voters, versus only 60% for Vance. Ryan will need to convert these voter attitudes into actual votes in order to win.”

“While Vance has picked up a disproportionate amount of undecided voters, there is baggage associated with these voters. They tend to be less motivated to vote, so a high percentage of these late Vance “converts” won’t turn out to actually get to the polls,” said Dr. Jetta.

Another factor in the tightening of the race is the drop in Ryan’s favorability, primarily due to the onslaught of heavy negative advertising in the recent weeks.

“Ryan needs to stabilize his favorability numbers. He’s been asking the Senate Democrats for help, and now is the time for them to bring it. It’s a winnable seat, but he needs funding to rebut the onslaught of negative ads,” said Dr. Jetta.

Methodology: Between Oct. 24-26, 2022, 1,153 Ohio adults 18+ were surveyed, including 946 registered voters and 508 likely voters. All data is weighted by both age and gender, then by 2020 voting preference. Therefore, Waves 1 (May 11-13, 2022) and 2 (July 1-3) have been restated, as Wave 2 showed a significant sample bias toward Biden voters. All results will 2020 stated voter preference aligned with actual (53% Trump/45% Biden). Ohio voters do not declare a party when they register, therefore stated party is only based on party identification. Lean voter calculations are based on pro-rata allocation undecided voters using 2020 Presidential voting. 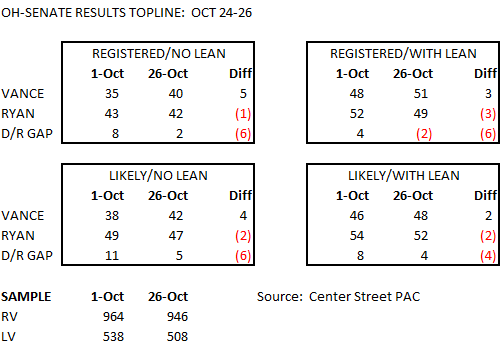 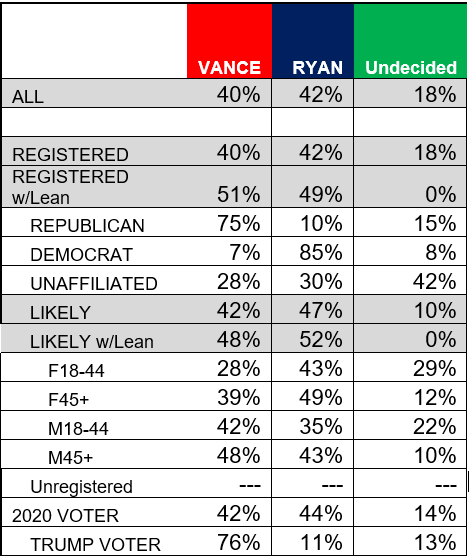 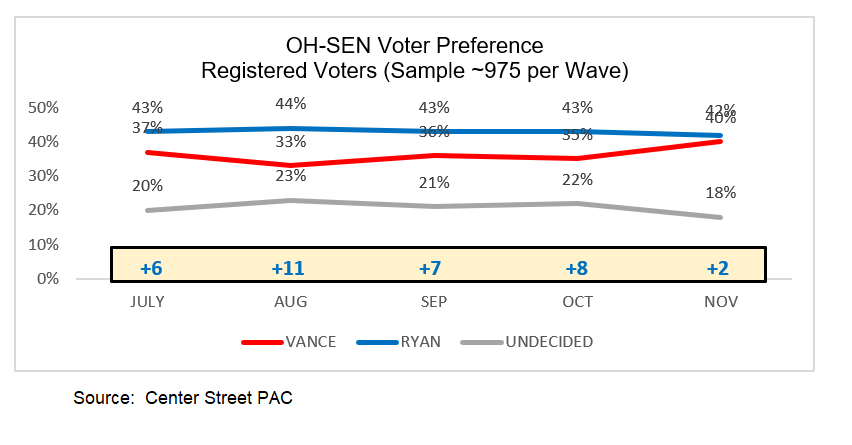 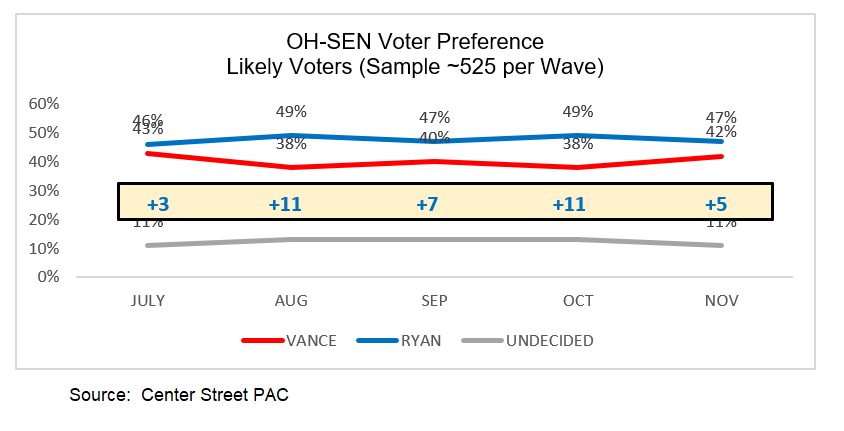 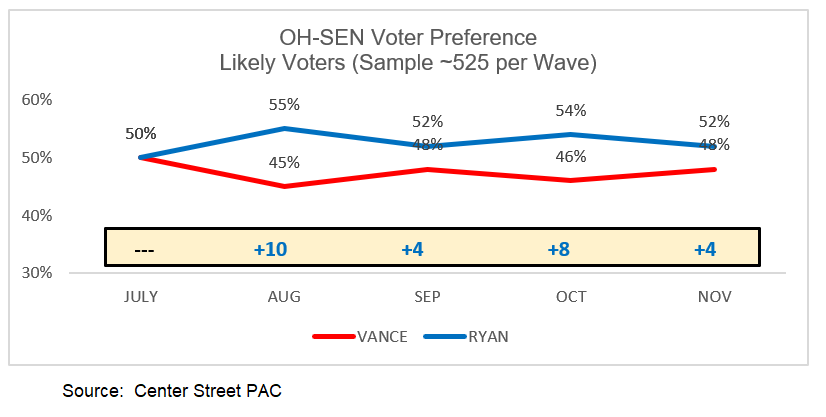 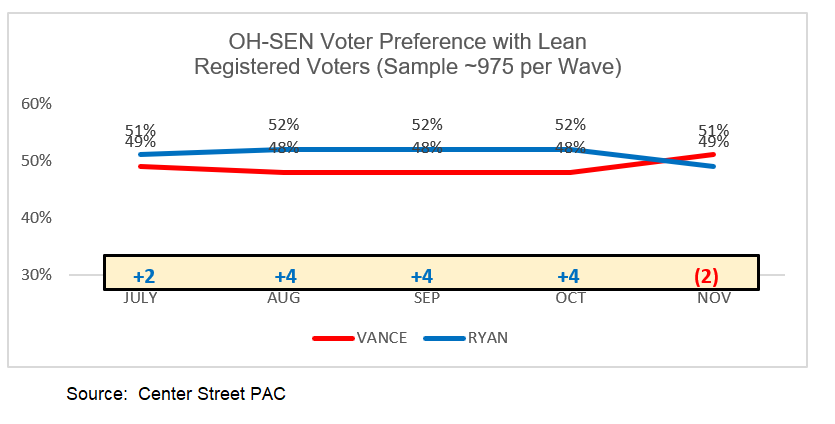